>> Speak With A Coach

Yesterday was an interesting day and it reinforced what I call ‘power in doing’.

Yesterday afternoon I was involved in an e-mail exchange with a fellow franchise coach. We were discussing a franchise system and their ability to create successful franchisees.  He shared the fact that is most polished, seasoned, professionals often over thought the process and, as a result, they often struggled during the startup phase.  He then compared this to his candidates who were scrappy, focused and action oriented.   Even though their resumes are not as impressive, these folks seemed often found success faster and more reliably.  It was interesting food for thought. 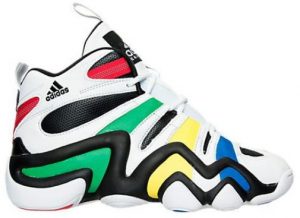 As the day ended, I headed over to my local Pilates studio and, in the parking lot, one of the ladies who works out at the same facility walked over to me and said, ‘Rick, you were SO right. All the stuff I was worrying about when it came to starting my business didn’t matter. Most important thing was to simply get started’.  She continued by saying, ‘There were so many things I didn’t know that I didn’t know. I  would have never started if I tried to sort all of that. However, now that I’ve been in business for six months, I can see myself learning and improving.  Doing is the most important thing!’   She was genuinely excited to see her business grow, and I could see that she was also growing as a person.  Maybe Nike had something when they said, ‘Just Do It’.

Same day, same message, from two different places. Maybe 2023 is trying to tell me something.   If 2022 was your year of planning, make sure that 2023 is your year of doing.

I think I’m going to go out and buy myself a pair of Nikes.

Back to All Posts | Main Blog Page

You can buy & download current FDD’s in the industry in one place!
Buy FDDs

© 2021 | The Educated Franchisee | All Rights Reserved